Check Out Our New Blog!

Greetings, Nevada enthusiast! It looks like you have come across Nevada Magazine's old blog. Feel free to look around, then click here to head over to our new blog on our website at nevadamagazine.com. 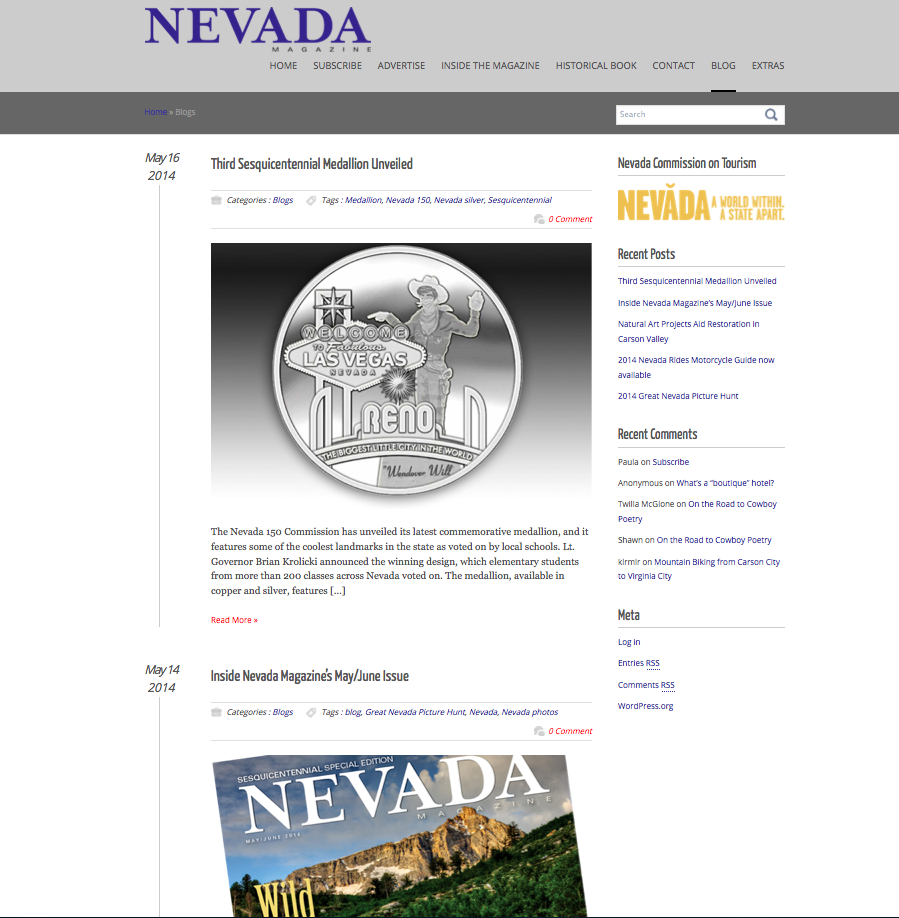 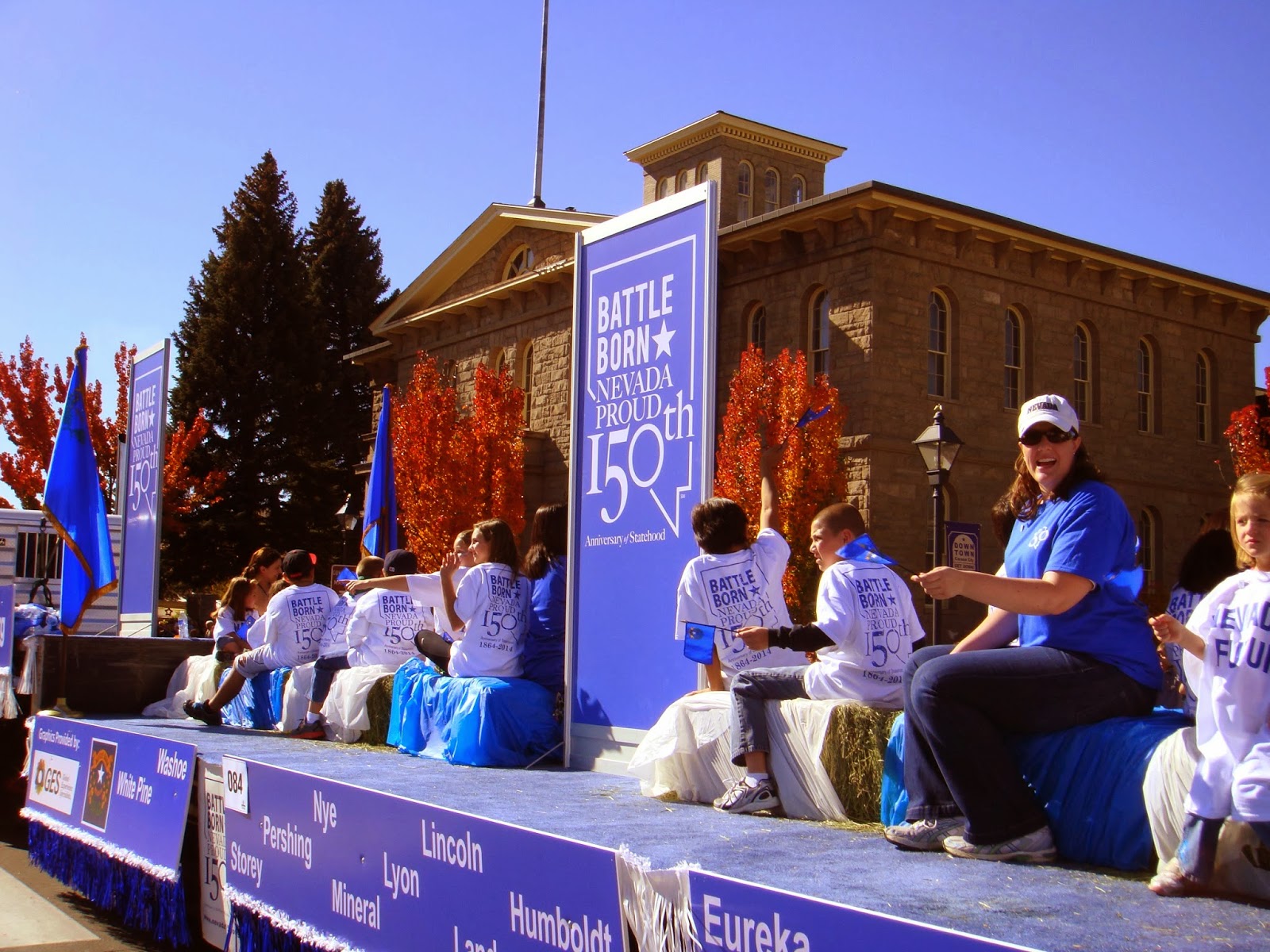 “Nevada Day is one of those unique celebrations that truly captures the heritage of our state's sense of community and spirit,” says Lieutenant Governor and Nevada 150 chairman Brian Krolicki. “While we thoroughly enjoy our parades and long-beard contests, it is a celebration of who we are. Being Nevada's 150th birthday only makes the day more meaningful.”

Las Vegas Nevada Day Parade
On Nevada Day, Friday, Oct. 31, 2014 at 10 a.m., the Las Vegas Nevada Day Parade will be held downtown along 4th Street. The parade is scheduled to last approximately two hours and will feature 150 entries and six categories: float, equestrian, marching band, motorized vehicle, walking group, and other. Cash prizes will be awarded for the following categories: Overall Best Of, Best Historical Significance, Best Float, Best Equestrian, Best Marching Band, and Best Vehicle. The parade will be produced by the City of Las Vegas and is made possible through a $100,000 grant from the City of Las Vegas Centennial Commission through its Las Vegas Centennial History Grant Program.

“Las Vegas is the entertainment capital of the world and we are excited to be hosting a fabulous     sesquicentennial parade to celebrate Nevada Day,” Mayor Carolyn G. Goodman says. “I want to     thank the Centennial Commission for contributing funding for this event to celebrate this major     milestone for our state.”

Elko Nevada Day Parade
Also to be held on Nevada Day, Friday, Oct. 31, 2014, at 11 a.m. Elko hosts its 27th annual Nevada Day Parade. Chairmen Jim and Rose Conner, will start taking entries on October 1 until the day of the parade, and line-up will be handled by long-time committee members consisting of family and friends. The parade will run its usual route from the Crystal Theater to the Elko County Fairgrounds.  This parade is sponsored by the Elko Knights of Columbus Council #2511.

“Elko is truly proud of its Nevada heritage and we are Battle Born and Nevada Proud,” says Don Newman, executive director of the Elko Convention & Visitors Authority and Nevada 150 commissioner. “We look forward to celebrating Nevada’s 150th birthday in style at our annual Nevada Day Parade through downtown Elko”.

Virginia City Nevada Day Parade
To be held at 5 p.m. on Friday, Oct. 31, 2014, the Virginia City parade route travels down historic C Street starting at the Fourth Ward School. This year’s parade combines the annual Halloween entries along with those that celebrate the 150th anniversary of Nevada statehood. The parade, organized by the Virginia City Tourism Commission, takes place just before the Nevada 150 Masquerade Ball, a Nevada 150 signature event, held at Piper’s Opera House. The 19th century mining bonanza known as the Comstock Lode turned Virginia City into one of the most important industrial cities between Denver and San Francisco. The riches from Virginia City led to the early development of Western Nevada and the Silver State’s entry into the union on October 31, 1864.

“The gold and silver from Virginia City played a huge role in Nevada becoming the 36th state,” says Deny Dotson, director of the Virginia City Tourism Commission. “We are excited to host the Nevada Day Parade in conjunction with our Nevada 150 Masquerade Ball, right here where it all began in Virginia City.”

This annual tradition features over 200 entries, including local law enforcement, public officials, floats, marching bands, a variety of entertainment, and even the occasional surprise celebrity appearance. The parade begins at the intersection of William and Carson Streets, and concludes approximately at the intersection of Stewart and Carson Streets.

“For more than 75 years, the Nevada Day Parade has been an institution and a source of pride for Nevadans,” says Ken Hamilton, president of Nevada Day Inc., a not-for-profit 501c3 organization. “With this year being the 150th anniversary of Nevada's statehood, it's a wonderful opportunity for Nevadans and visitors to come be a part of our state's history.”

More than just a parade, the Nevada Day celebration continues all weekend long, with dozens of special events taking place all around Northern Nevada. To learn more about Nevada's longest running celebration of statehood, visit nevadaday.com.

For more information on the above scheduled parades or to view all other upcoming events for the Nevada 150 celebration, please visit nevada150.org. Additional communities wishing to host a parade or other events may submit an event application by visiting the above website.
Posted by Unknown at 11:05 AM 1 comment:

A Senior Citizen's Guide to Elko 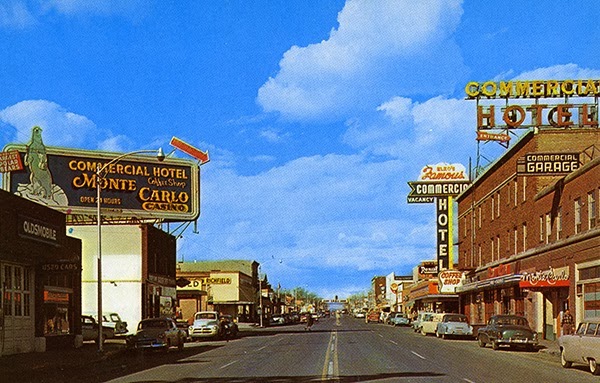 When senior citizens discover Elko, population 34,000, you quickly see why this truly is the “Great American West.” Elko, located in northeastern Nevada, was crowned the title “The Best Small Town in America” in an issue of Time Magazine.

Elko had its birth in 1868 during the building of the transcontinental railroad. Legend has it that a rail superintendent fond of animals added an “o” to Elk to give the town its name. The city of Elko sits at an elevation of 5,060 feet.

Spring months bring warmer temperatures accompanied by cool nights. During the warm summer months the average high falls between 80-90 degrees. After this past winter season, senior citizens will enjoy Elko.

The city was founded as a stop on the transcontinental railroad. In 1869, it became the seat of the newly created Elko County and soon became an important center of commerce for surrounding mines and ranches. Elko is probably best known as the headquarters for the National Cowboy Poetry Gathering.

Elko County abounds in beauty. The raw majesty of Elko County’s Ruby Mountains and the rugged canyon streams will let you discover the unspoiled drama of the West. 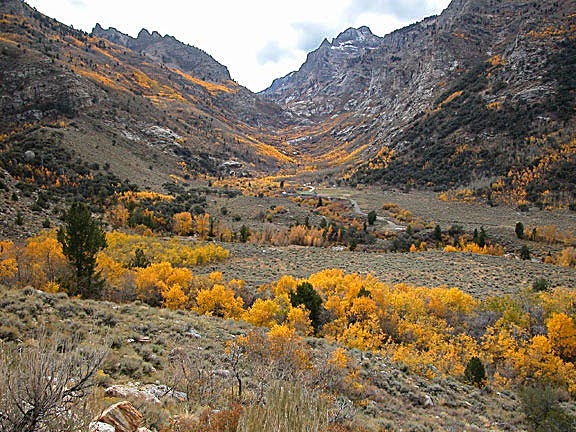 Elko’s scenic landscape and recreational opportunities are matched by its excellent quality of life. Health care services are the best in the region, education is highly prized, and job growth is consistently positive.

The diverse economy includes gold mining and cattle ranching, and the newer thriving tourism and service industries. The arts and culture scene also finds plenty of supporters in Elko. The Cowboy Poetry Gathering draws the finest examples of the art from throughout the West and as far away as Ireland and Australia.

THE RUBIES: THE CROWN JEWEL

The highlight of visiting Elko comes with the opportunity to explore some of the wildest and most beautiful country in the entire state.

The crown jewel of Nevada is the Ruby Mountains. The Rubies bear over 40 year-round streams and host more than a dozen mountain tarns in a mountain range that has been nicknamed “The Nevada Alps” and “The Sierra Nevada of the Great Basin.”

For horse lovers, The J.M. Capriola Saddle Company is based in downtown Elko, and is one of the oldest saddle-making companies in America. You will find many fun things to see and do in and around Elko.

Today, Elko is living on gold, supported by the massive Getchell Mine, the largest gold producing operation in the United States. Set your sights on Elko the on your next trip to Nevada.
Posted by Unknown at 10:33 AM 2 comments: