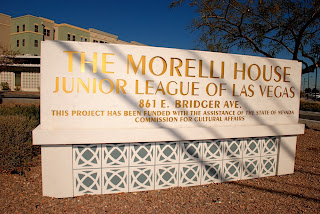 Junior League of Las Vegas announced recently that its headquarters, the Morelli House, former home of revered Sands Hotel Orchestra Leader Antonio Morelli and his wife Helen, located at 861 East Bridger Avenue, has been recently listed on the prestigious National Register of Historic Places, named by The National Register, the nation's official list of cultural resources worthy of preservation. This esteemed honor, conferred by the U.S. Park Service, is part of a national program that supports public and private efforts to identify and protect America’s historic resources.

National designation was granted on two criteria: Antonio Morelli’s contributions to the Las Vegas community and the structure’s mid-century modern architecture. Prior to this national recognition, the Morelli House was listed on the Nevada State Register of Historic Places in 2001 and on the City of Las Vegas Historic Property Register in 2007.

A classic, mid-century modern home, the Morelli house was built in 1959 by Antonio and Helen Morelli at its original location of 52 Country Club Drive within the former Desert Inn Estates. In 2001, after being subject to demolition to make way for Wynn Resorts, the Junior League relocated the architecturally impressive home to its current location in the downtown Las Vegas historic district. Final restoration was completed in 2009.

In addition to its architectural significance, the house represents Antonio Morelli’s years of achievement and importance in Las Vegas entertainment history as the conductor of the Sands Copa Room Orchestra for nearly 20 years. Antonio considered the building of his home to be one of the greatest challenges of his life.

It was a place where legendary gatherings took place, where a variety of local Strip headliners — including members of the famed Rat Pack, professional musicians, and prominent locals — enjoyed the hospitality of the Morelli’s. Antonio is also credited for producing pop concerts and religious pageants for Las Vegas locals where lavish, star-studded performances were provided free to the public.

Read more about the Morelli House in this Nevada Magazine article, which was published n the March/April 2009 issue. 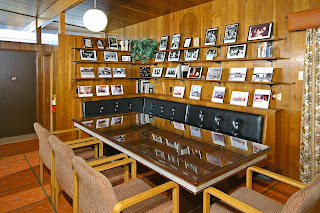 Posted by Nevada Magazine at 12:19 PM