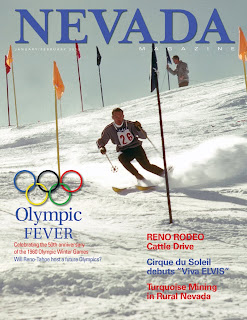 In addition to its popular Great Nevada Picture Hunt photo contest, Nevada Magazine is holding its first Writers’ Contest in 2010. Submissions — writers are required to keep their stories at 1,500 words or less — must be received by Monday, August 2 at 5 p.m. (PST). The winning entries will be published in the November/December 2010 issue.

“We ask that interested writers visit our Web site, NevadaMagazine.com, to review submission rules carefully,” says editor Matthew B. Brown. “We look forward to reading everyone’s work. Nevada is a big state, and we know there are some hidden journalistic gems out there waiting to be uncovered.”

Questions should be referred to Brown at editor@nevadamagazine.com or 775-687-0602.

For more information on the Great Nevada Picture Hunt, contact art director Tony deRonnebeck at tony@nevadamagazine.com or 775-687-0606. Nevada Magazine is sold on newsstands around the state and in national bookstores. For a Web Special subscription rate, visit NevadaMagazine.com.