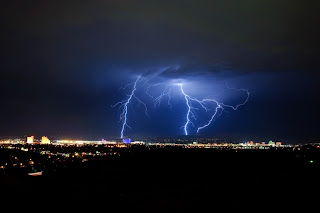 A year after a Texas man won the grand prize in Nevada Magazine’s annual photo contest, a Sparks resident has delivered the gold back to the Silver State.

The winning image (above), titled “Reno Lightning,” was taken from a hillside off of State Route 445, known as Pyramid Highway. “This storm took me by surprise,” Kukowski says. “It had some of the most impressive lightning I have ever seen.”

In addition to the Grand Prize, photographers were judged in five different categories: City Limits, Wide Open, Adventure, People, and Events. All the 2010 category winners are Nevada residents, including Las Vegas’ Bill Gerrard, who won the City Limits category and took Runner-Up in Events. Gerrard’s winning photo is of the tram that connects CityCenter to other Strip resorts.

Ellen Sargent, from Indian Springs, swept the People category with sepia images taken at the Overland Ranch in Ruby Valley. The subject of the winning image, Len Wines, was captured during his final branding at the 137-year-old ranch. The Runner-Up image is that of Len’s grandson, Pat, from the same branding. 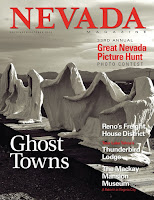 To view the winning images, pick up the latest issue (at right) at national bookstores and where magazines are sold in Nevada, or visit NevadaMagazine.com. Look for an ad in a future 2011 issue covering rules of submission for the 2011 contest, or check back regularly at NevadaMagazine.com.