The winning image, titled “Night Sky Over Ward Charcoal Ovens” and shown above, was stitched together from six 75-second exposure frames and is a tribute to Nevada’s astronomical appeal. “You would think it would be jet black at night, but the starlight was so bright, I was able to work without a flashlight,” says McEwan, from Las Vegas.

All the 2011 category winners and runners-up are Nevada residents, including Reno’s Sally Hanrahan, who won the Indian Territory and Reno-Tahoe Territory categories. Hanrahan’s winning photos are of Pyramid Lake and Lake Tahoe, respectively.

The other territory winners are as follows: Kurt Kuznicki of Reno for “Joshua Trees”; Robert Rollins of Reno for “Fort Churchill”; Roy O’Brien of Gardnerville for “Autumn Morning” taken in Lamoille Canyon; and Brian Beffort of Reno for “Wilderness Whitewater” snapped near Mount Grafton.

Like Hanrahan, Spring Creek’s Jodi Esplin is also a dual honoree, taking Runner-Up in the Cowboy Country category and Third Place in the contest’s seventh category, “Then & Now,” in which photographers were asked to re-create former Nevada Highways and Parks or Nevada Magazine cover images.

The winner of Then & Now, Dawn Andone of Panaca, was rewarded for her modern-day photo of Cathedral Gorge State Park, a re-creation of a March 1937 cover of Nevada Highways and Parks.

To view the winning images, pick up the latest issue at national bookstores and where magazines are sold in Nevada, or visit nevadamagazine.com. Look for an ad in a future 2012 issue covering rules of submission for the 2012 contest, or check back regularly at nevadamagazine.com. 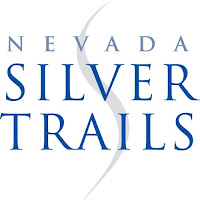