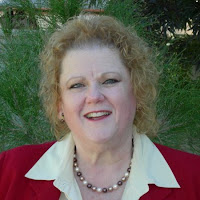 Nevada’s official tourism publication is proud to add a new member to its sales team: Jan Johnson of Las Vegas. Johnson brings a wealth of experience in the publishing business to her new role as Nevada Magazine’s Southern Nevada Sales Manager, and her main initiative will be to sell advertising in the state agency’s sister publication, Las Vegas Events & Shows.

As secretary of the Las Vegas Territory and treasurer of the board of the Destination Services Association, Johnson is well connected in Southern Nevada. She will team with Director of Advertising Carrie Roussel, who is based in Carson City.

In the past, Johnson has worked for a Los Angeles-based publisher and was the publisher for the New York Convention Bureau for many years. Her more than 10 years in Nevada’s largest city has included stints as media manager for Westgate Resorts — the mastermind behind I Love Las Vegas magazine — and associate publisher for Bosley Publishing of Today in Las Vegas magazine.

“We’re very happy to have someone with Jan’s experience and tourism knowledge representing us in Southern Nevada,” Nevada Magazine publisher Janet Geary says of Johnson, who can be reached at 702-835-3270 or jwjohnsonlv@aol.com.