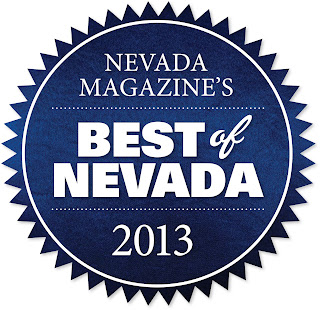 Nevada Magazine has released the results of its 2013 Best of Nevada readers' survey. The survey spans 16 categories and includes golf courses, museums, restaurants, and state parks.

In most cases, winners are divided into three subcategories: North, South, and Rural. The top vote-getter was Peppermill Resort Spa Casino in Reno, which took honors in the North category for Casino, Hotel, Nightclub (EDGE), and Wedding Venue.

“We are excited about the enthusiasm our readers have for the State of Nevada,” said Janet Geary, publisher of Nevada Magazine. Many businesses and attractions leveraged social media to campaign for their categories. “The power of social networking is evident with surveys such as our annual Best of Nevada,” added Geary.

A complete Best of Nevada 2013 list is published in the current July/August 2013 issue of Nevada Magazine, on newsstands now, and on nevadamagazine.com.

Also in the current issue are stories about backcountry lakes, rural Nevada campgrounds, wildlife sanctuaries, the monarch butterfly, and a History story about the state's innovative Mobile Museum that traveled around Nevada in the 1950s and '60s.
Posted by Nevada Magazine at 1:38 PM