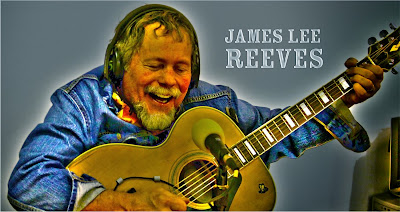 You would be hard pressed to find anyone more passionate about Nevada than Virginia City musician James Lee Reeves. All you have to do is search his name on iTunes, and you'll discover his 2012 album, "I'll Take Nevada," which contains seven can't-get-'em-out-of-your-head country songs about the Silver State. You can also purchase his single, "Shiny Side Up (Dirty Down)," an anthem for Nevada's mass motorcycle culture that shows up in droves at such annual events as Reno's Street Vibrations.

Reeves is a Nevadan through and through. Before he settled into his handmade log home in the Virginia City Highlands, he made a name for himself 25 years ago on the Las Vegas Strip. "I lived in Mount Charleston for four years, and then I moved to Vegas because I worked there as an entertainer/comedian," says Reeves, who performed as Milo Tremley from 1988-94. Tremley's hilarious redneck ensemble would have made Larry the Cable Guy envious.

The third new song is a Nevada-ized version of Hank Snow's Classic "I've Been Everywhere," made famous of course by Johnny Cash. Reeves' version, based on a 2010 Editor's Note by Nevada Magazine's Matthew B. Brown, is titled, "We've Been Everywhere (in Nevada)."

You can hear all three new songs below.

Posted by Nevada Magazine at 10:36 AM