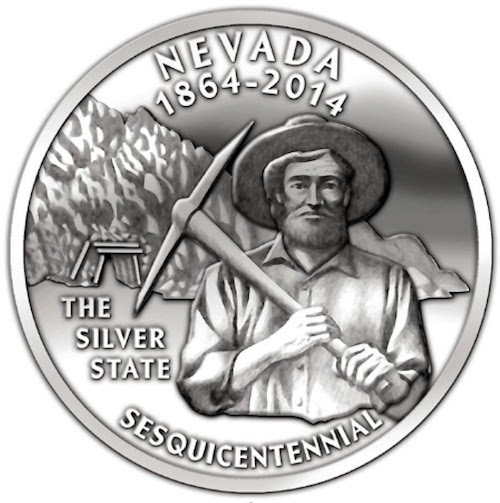 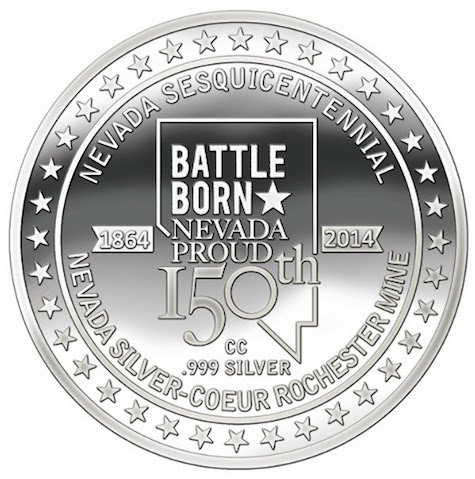 “I am thrilled to welcome Wells Fargo as the newest sponsor of our celebration; Nevada and Wells Fargo have an incredible and unique shared history,” says Lt. Governor and Nevada 150 Commission Chairman Brian Krolicki. “The design of the second medallion, depicting a miner, truly captures the history and impact mining has had on or state.”

Each one-ounce collector’s medallion is made from pure Nevada silver from the Coeur Mine in Rochester on the historic Coin Press No. 1 at the Nevada State Museum. Depicting a Nevada miner on the front side and the Nevada Sesquicentennial logo on the back side, the silver medallion is available to the public at $100.50 each. The copper medallions have the same design as the silver medallions and are available for purchase at $15 each. 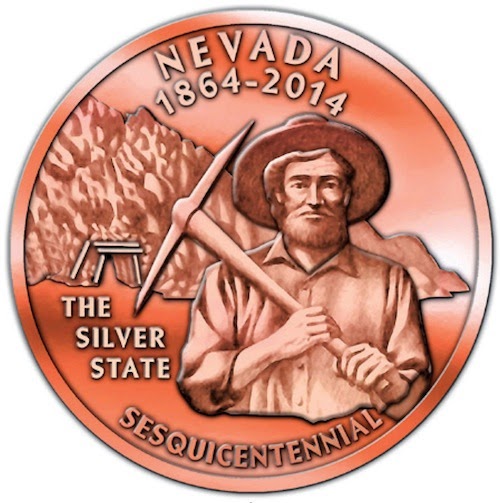 Beginning February 10, orders for the sesquicentennial medallions can be made through the Legislative Gift Shop website or in person at the LGS, located at 401 South Carson Street in Carson City.

Sales of the commemorative medallions help fund the Nevada 150 events and year-long celebration. Throughout the year, four different medallions will be released at different dates for purchase.

For more information about Nevada 150, visit nevada150.org.
Posted by Nevada Magazine at 1:24 PM