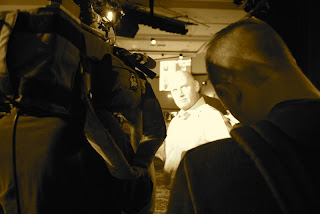 Matt Williams, who grew up in Carson City and was a three-sport (baseball, basketball, and football) star at the high school in the early 1980s, had a few surprises for a crowd of about 600 Reno Aces season ticketholders who turned out to see him speak at the Silver Legacy on October 28. The attendees were treated to dinner and a viewing of the World Series opener between the Philadelphia Phillies and New York Yankees. Of course, there were a few of us media hounds in attendance as well.

Williams, a former Major League Baseball player best known in Northern Nevada for his seasons spent in a San Francisco Giants uniform (1987-1996), answered questions from the crowd after he gave a short introduction speech. 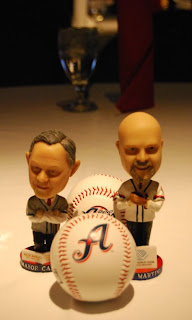 The toughest pitcher he ever faced? No, it wasn't Pedro Martinez or Roger Clemens, two of the dominant hurlers during Williams' prime — it was Mark Portugal. "You know those Bugs Bunny cartoons where the pitcher throws the ball and it's 'Strike one,' 'Strike two,' 'Strike three' all on the same pitch," Williams said. "That was what it was like facing Mark Portugal. His fastball was only 82 (mph), and he had a devastating change-up." Portugal and Williams weren't always in opposing dugouts; they were Giants teammates in 1994 and '95.

That may have not been the most shocking answer, however. When a man asked, "Which one of your teammates had the best work ethic?", the last thing I expected to come out of Williams' mouth was "Manny Ramirez." The two were Cleveland Indians teammates for only one season in 1997, but Ramirez made quite the impression on Williams with his intense batting-practice sessions, mostly focused on learning how to hit a slider. The mercurial Ramirez has taken heat in recent years for his sometimes lackadaisical attitude.

Williams is a part-owner of the Arizona Diamondbacks, the team he won a World Series with as a player in 2001. The D'backs are the parent organization to the Triple-A Aces, which made Reno their home starting with the 2009 season.